Lolita Trends I Couldn't Get Into : Lolita Blog Carnival

For the Lolita Blog Carnival this week, it's trends we could never get into!
(what's a blog carnival?)
I usually either like, or learn to like certain trends in lolita.  Such as when ankle socks were starting to get popular, I was absolutely against them! Now... Now I love them! I think they are super awesome! But... There's still one trend in classic I just could not, and I think never will, get into. The portraits on dresses, such as:
I don't know why, but I find it almost... Awkward to wear a portrait on yourself, especially well known ones, ones with Jesus on them (Not because I'm Christian, I'd feel the same if it had Buddha, Mohammad, etc. Because, y'know, Religious figures.), and then the ones I find are the most awkward, the ones where the print/portrait on the skirt is continued on the bodice... It just looks... Weird. Well, to me. I've seen a few people really pull of these dresses, and they look great, but I will probably always think these dresses look funny. 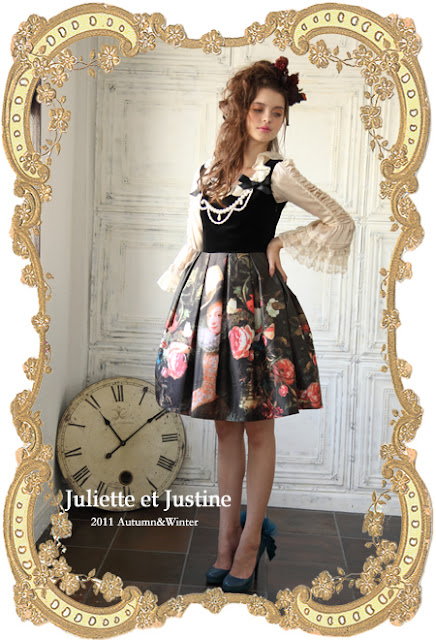 Like this, she looks great! But as soon as I look at the skirt... o_____O Just... Yeah. The way the print gets distorted and then the fact that I recognize it and can only think of it on canvas.

Another one, is ganguro/manba makeup... I just feel it doesn't go with the elegance of lolita, and I've seen a few people try to pull it off, but I personally feel it looks ridiculous (to each his own, but this is my opinion). 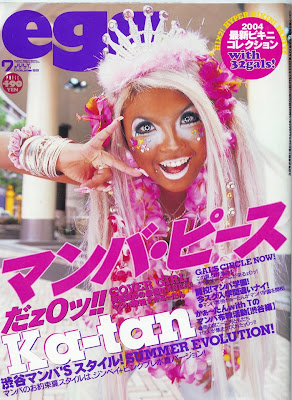 I don't really think I need to elaborate much more on it.  I mean, ganguro/manba make up looks good on ganguro/manba gyaru, but not in lolita .___. Well. To me. I'm just happy that it's not really a trend but just something people try every once in a while.

Last but not least... But uh... Gosh, it's hard to think of things I don't like x____X
I guess... Cosplay lolita in general? Haha, I really have no idea. Cosplay "lolita" can be cute, but it can just make me mad when people try to say it's "real lolitaz guiiiize." 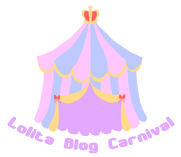